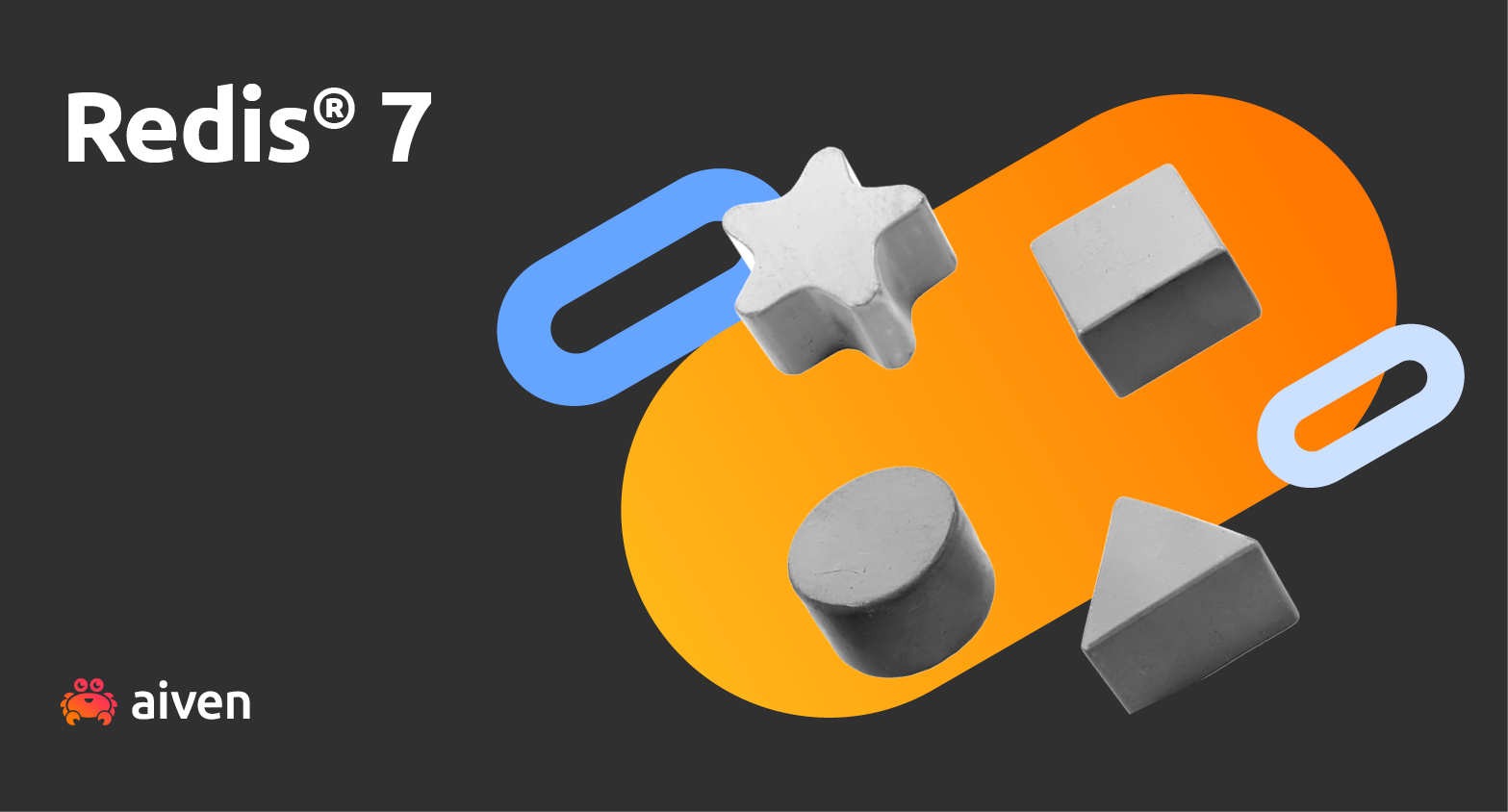 Redis® 7.0 introduces improvements to almost every aspect of the popular open source database. Here’s some of the most notable new features:

At the same time, a lot of effort has gone into making Redis even more performant and stable than before.

Redis Functions brings a new solution for scripting in Redis, allowing users to load custom function libraries to Redis. Unlike earlier ephemeral scripts using the EVAl command, which left management of the scripts to the applications, Redis now manages functions as an integral part of the database and ensures their availability through data persistence and replication.

Please note that ACLv2 is not yet available in Aiven for Redis®, but we are working on it and expect to release the functionality soon.

Redis version 7.0 adds almost 50 new commands and options to support the evolution of Redis, and to extend its existing capabilities. And the following data types, just for example, all have added functionality that supports their use cases for data management:

How to get started with Aiven for Redis® 7

If you already use Aiven for Redis, you can upgrade as you see fit. Otherwise, your service will be upgraded in specific cases - like if you change your current plan or the replacement of a node upon failure.

If you’re not using Aiven for Redis yet, maybe you should be! Go ahead and read more about Redis in our Introduction to Redis, or visit our Redis page to get started.