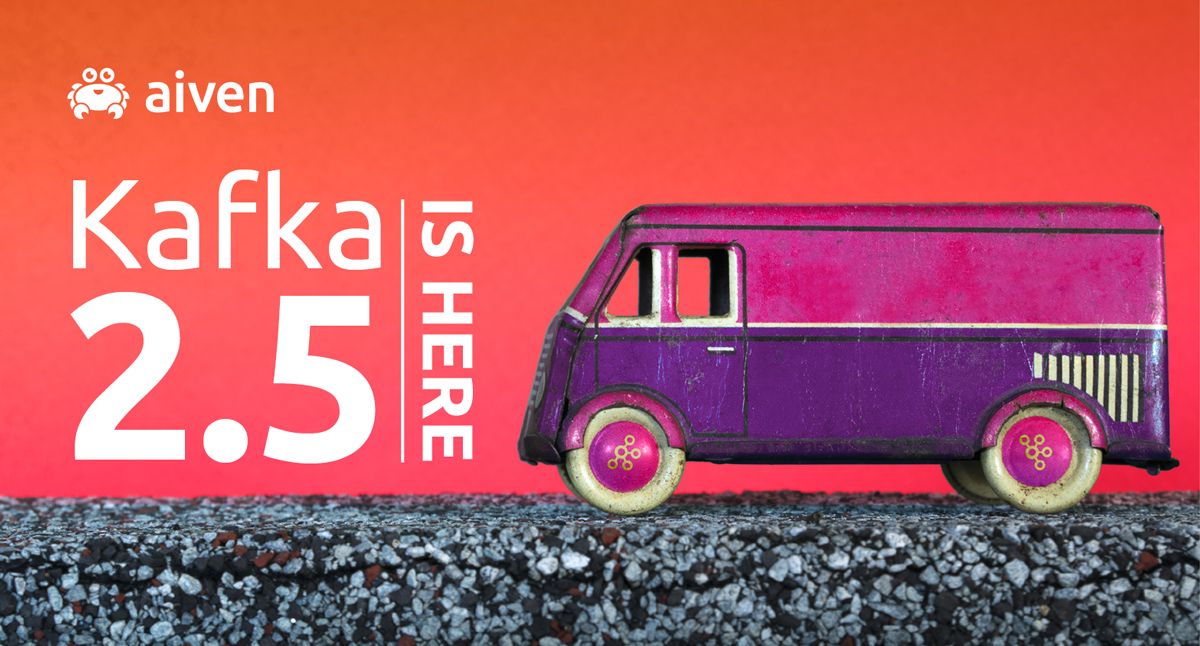 Aiven now supports Apache Kafka version 2.5, allowing you to launch a managed Kafka service on any of our supported clouds and their regions, including AWS, GCP, and Microsoft Azure. Aiven is among the first cloud services to provide Apache Kafka 2.5 as a fully managed service.

This release takes further steps to deprecate ZooKeeper and improve support for Kafka’s administrative API which will replace ZooKeeper access in admin tools. There are also features to support exactly once semantics (EOS), which provide transactional message-processing guarantees. Let’s look at some of these improvements in more detail:

Removal of dependencies on Apache ZooKeeper

Improvements to exactly once semantics

There are also a number of metrics and operational enhancements along with improvements to Kafka Connect and Kafka Streams. For the complete picture, see this post.

How to get Aiven for Apache Kafka 2.5

When creating your Kafka service from Aiven console, simply select ‘2.5’ in the drop-down menu from the Kafka service box. You can also create a Kafka 2.5 service by using the appropriate switch from the Aiven REST API, the command line interface, or your Terraform tooling.

With Kafka 2.5, you’ll get enhancements for scalability, metrics and security features, along with EOS improvements and much more. We’ll be continually adding the newest versions of all of our hosted services, so check out our blog and changelog RSS feeds, or follow us on Twitter or LinkedIn to follow the latest releases.