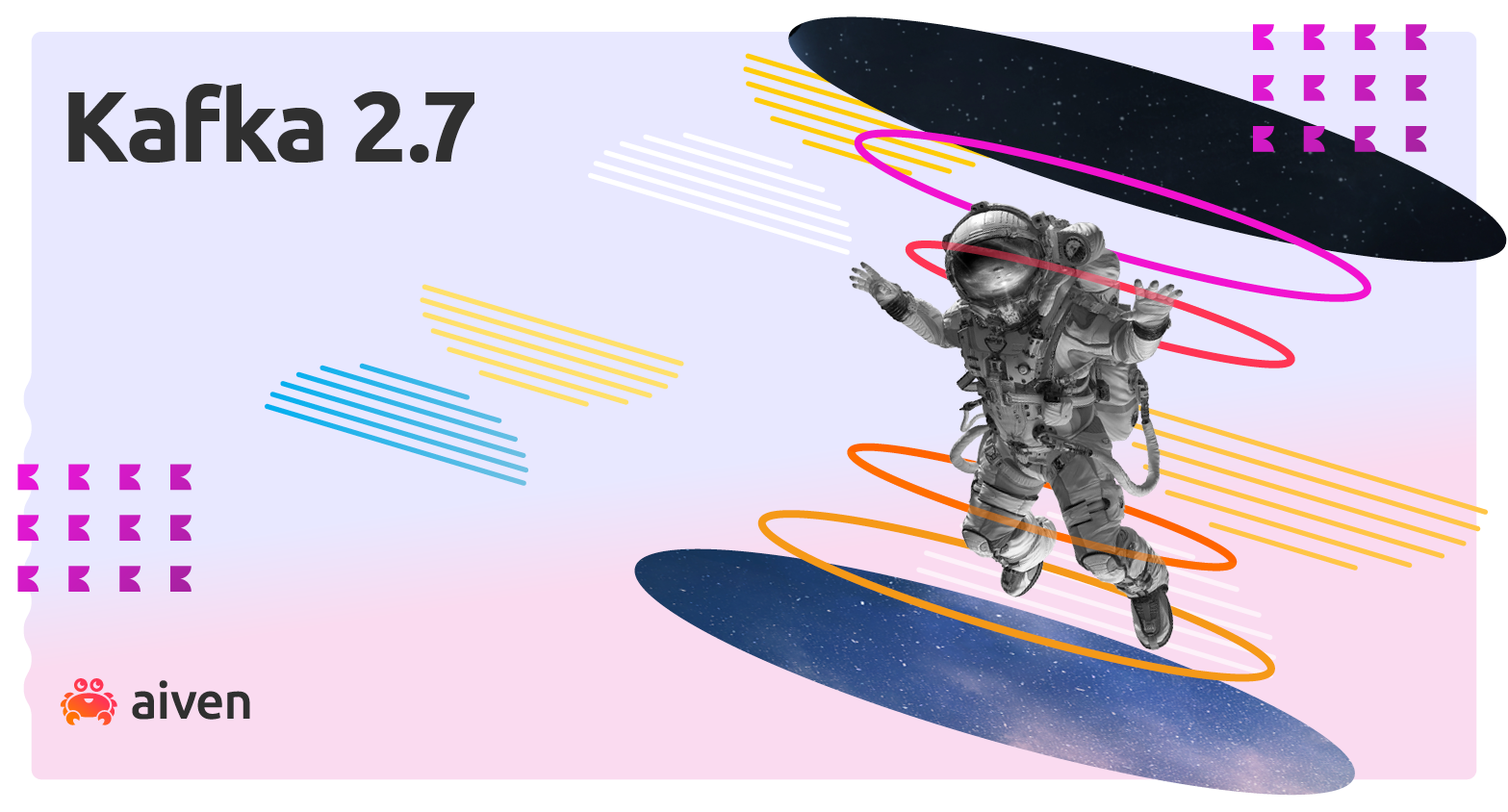 Aiven is keeping up with the times and releases support for Apache Kafka version 2.7, announced on December 21, 2020. The new version comes with a number of enhancements across the board, including security updates and performance improvements. Read on to find out what the new version means for you.

If too many new connections are created simultaneously, it can significantly reduce broker performance. To solve this issue, version 2.7.0 adds a new configuration option max.connection.creation.rate limiting the acceptable amount of new connections for a broker.

Version 2.7.0 provides a partial solution to the problem - more improvements are coming in future releases.

Creating or deleting a large number of concurrent topics may hurt controller performance. Therefore the number of requests for these resource demanding operations is limited with a new quota in this version. Requests exceeding this limit are rejected with the error THROTTLING_QUOTA_EXCEED.

Getting rid of ZooKeeper dependencies

With a new AlterIsr API, only controllers can now update the Leader and ISR state. Leaders can no longer mutate the state directly. This solves some problems with delayed and inconsistent ISR state and - most importantly - helps to eventually replace ZooKeeper with a self-managed metadata quorum.

New broker-based API to change SCRAM settings for users. It is no longer necessary to use ZooKeeper for making these changes, hence this improvement also plays part in a bigger effort to remove ZooKeeper.

The list above is only the tip of the iceberg. For this release, there are over 50 smaller improvements and 90+ bug fixes. Please check the details here.

How to get started with Aiven for Apache Kafka 2.7

You can either launch a brand new cluster in the Aiven console or conduct a no-downtime upgrade to the latest version.

If you are not already using Aiven’s managed Apache Kafka, maybe you should be! Get started at our Aiven for Apache Kafka product page.