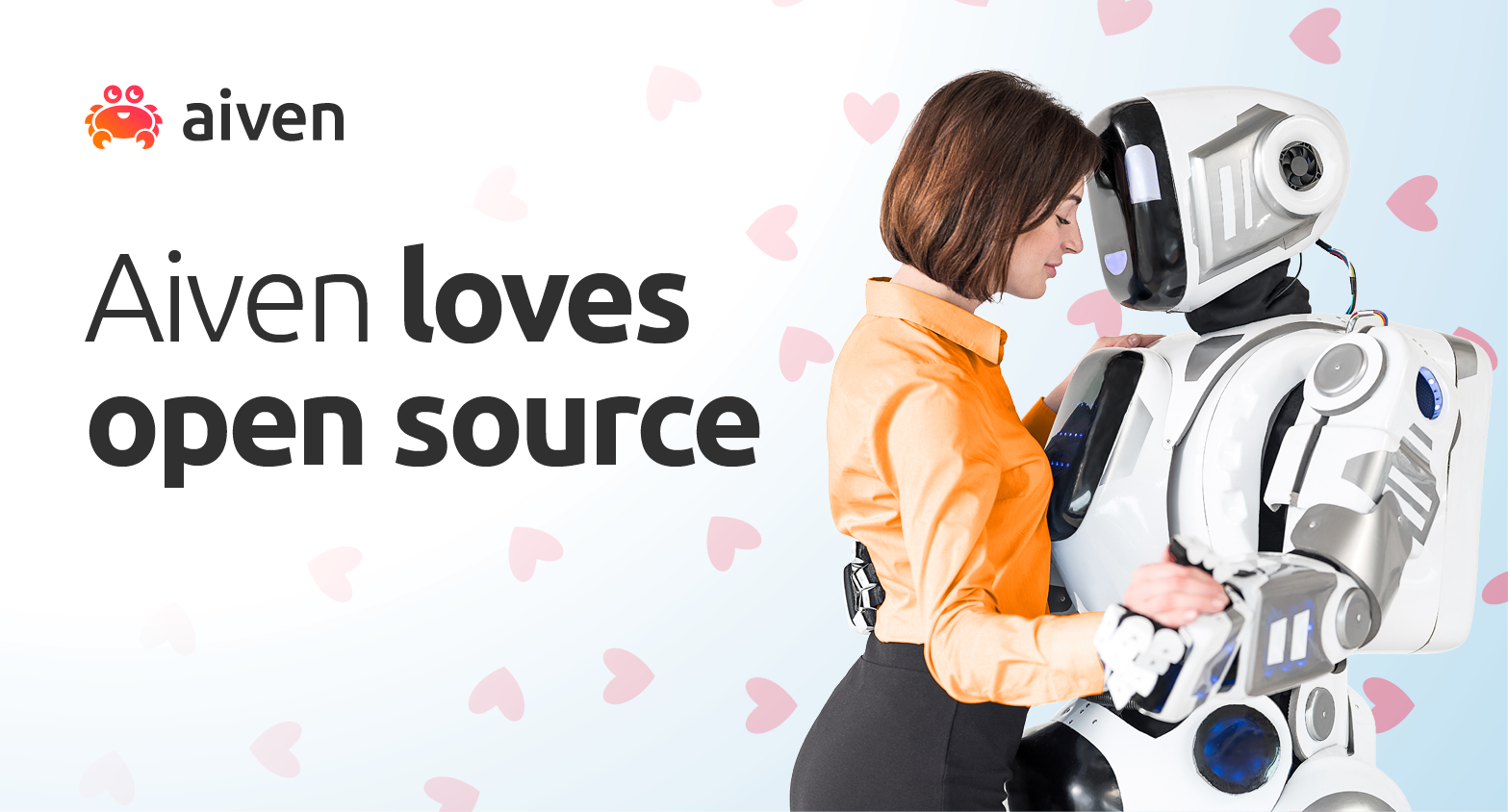 Much has been written about open source versus proprietary software, and if you’ve found your way to the Aiven blog you probably know the basics. But do you want to know why you should definitely go open source for your next database solution? Read what Aiven’s founders Heikki Nousiainen and Oskari Saarenmaa have to say about why open source is cheaper, safer, and more feature-rich than proprietary alternatives.

Hundreds of thousands of developers can’t be wrong

In general, it is agreed that open source software offers better security and higher quality than proprietary alternatives. This is simply due to the vast size of the community. Someone’s eyeballs are always on the code, seeking and destroying bugs and vulnerabilities.

The same applies for getting help with your implementation. You’re not limited to the Help Desk of a single company. Instead, you have access to the global community of developers and the FAQs, tutorials, message board replies and add-on bits and pieces they’ve produced.

But there’s one more advantage that the large pool of makers brings to the table. “As part of the open source community, you get access to innovation,” says Aiven’s CTO Heikki Nousiainen. “The community continually develops cutting edge features and functionality.” You can incorporate them into your systems as soon as they’re mature. Unlike proprietary software, open source elements play nice with each other, too.

“You can use the latest features with your existing data and technologies, instead of having to watch from the sidelines as the world evolves,” points out Oskari Saarenmaa, Aiven’s CEO.

With open source software, you’re not paying licence fees, and that’s a bigger deal than you may realise. Firstly, any money you throw at your open source systems is an investment in your own company, rather than you paying to bolster another company’s business.

Secondly, you’re free to try out the system in full before committing to it financially instead of fooling around with demo versions. You’ll have a better understanding of the actual benefits and challenges before paying a vendor for a product that might turn out not to live up to its sales pitch.

But the third point is what really takes the cake: if your business grows and you need to scale up, with open source software you can just spin up another instance. No increase in expenditure (except maybe some hardware), no tedious reworking of licence packages, just software up and running.

“With open source, you have the freedom to deploy any number of database instances for production, development or testing as needed,” says Nousiainen. Your business has the ability to react quickly to changes, and software will never be the element holding back your growth.

Your data should be yours

Aiven provides database services based on open source software, and that’s because we firmly believe that, especially for business-critical data, open source is the way to go. Interoperability, large support base, and easy scalability mean that your data will never be stuck in the labyrinth of a proprietary system that your company has outgrown.

According to Nousiainen, “The open source model guarantees users continued access and the ability to process their own data, no matter what. They’ll never be locked in to a single technology vendor.”

“With open source solutions, your data is always yours,” adds Saarenmaa. “It’s not locked into someone else’s business model.”

If you are shopping for a database solution, you really should primarily be looking at open source solutions in general if you want to stay agile and retain full control of your business-critical data. But to take full advantage of an open source architecture, why not have a look at managed open source solutions? We’re going to be covering the benefits of managed services in a future blog post, but in the meantime you could do worse than sign up for Aiven's free trial to see open source databases in action.