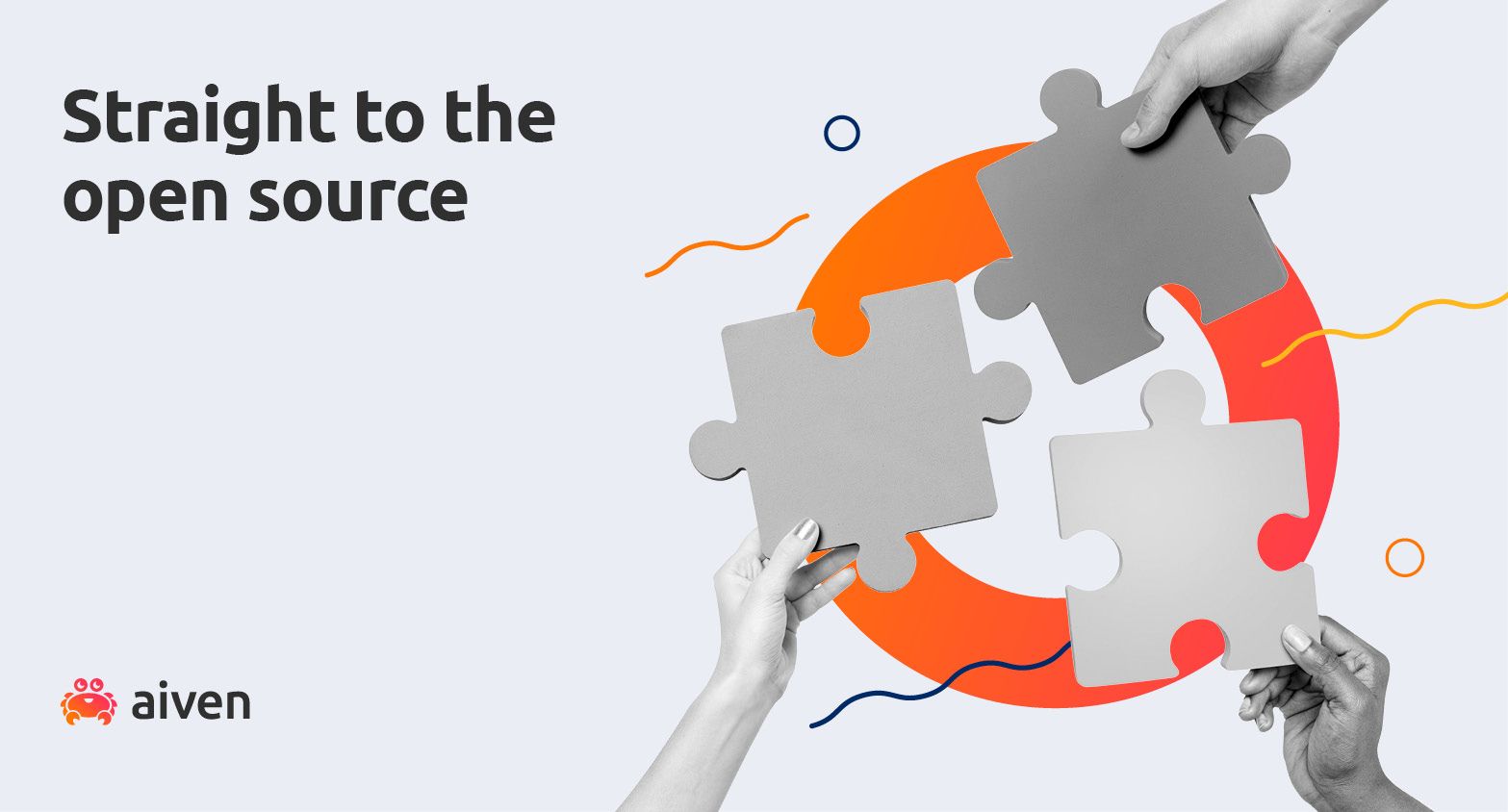 At our OSPO we make sure the projects offered as managed services at Aiven are well maintained and being taken care of. However we not only take care of Aiven's OSS projects, we also keep a watchful eye on all open source projects that impact Aiven, actively collaborating with external contributors. At Aiven, we want to contribute back to the Open Source community and that’s why we created the OSPO team – so we have dedicated staff to focus on this cause.

Our OSPO team also promotes open source processes and philosophy at Aiven. From encouraging open source practices to helping with setting up and maintaining new Aiven-owned OSS projects, the OSPO team is at the heart of all that is open source at Aiven.

Our OSPO Team is divided into several chapters, formed by a pair of developers (sometimes 3). Each chapter has a project (or a family of projects in an ecosystem) as their main focus. However, the different chapters collaborate on a regular basis sharing their expertise in different topics.

What OSS projects do we contribute to?

We currently contribute daily to the communities of Apache Kafka®, Apache Flink®, PostgreSQL®, Apache Cassandra® and OpenSearch® – all of which are projects that Aiven offers as managed services. We also put a special focus on successful or important OSS projects that are part of the ecosystem of any of these projects.

As mentioned, our OSPO team is divided into chapters that focus on each open source project (or ecosystem). Below we introduce you to the communities that Aiven's developers contribute to on a daily basis.

Klaw, previously Kafkawize, was Aiven’s first acquisition. Klaw is a self-service Apache Kafka® Topic Management/Governance tool/portal. It is a web application which automates the process of creating and browsing Apache Kafka topics, acls, avro schemas, and connectors by introducing roles/authorizations to users of various teams of an organization.

Guardian is a backup and restore tool for Apache Kafka® clusters. It is designed to continuously stream kafka topics into persistent/object storages such as S3, and also provides tools for restoring said backups.

Guardian was developed and is currently maintained by Matthew Benedict de Detrich. If you’d like to contribute to this project, head over to the issues board and pick something up! And feel free to contact Matthew for more information.

PGTracer is a collection of tools to trace queries, execution plans and more in PostgreSQL®, using eBPF.

PGTracer offers a way to instrument PostgreSQL, using the Linux eBPF facility. As it does advanced memory access, it needs the PostgreSQL debug symbols to resolve symbols and offsets in structs.

PGTracer was developed and is maintained by Ronan Dunklau. If you’d like to contribute to the project, head over to the GitHub repository and feel free to contact Ronan for more information.

Ronan recently gave a talk about his work on PGTracer at PGConf.Eu and you can find an interview with Ronan about his talk on the conference’s website.

The Prometheus® exporter plugin for OpenSearch® exposes many OpenSearch metrics in Prometheus format.

The plugin was started as a fork of Prometheus exporter for Elasticsearch®, utilizing the OpenSearch plugin template. It uses the official Prometheus Java Simpleclient.

The plugin is maintained by Lukáš Vlček. If you’d like to contribute to the project, head over to the issues board and pick something up! And feel free to contact Lukáš for more information.

This was a brief overview of what’s happening here at Aiven’s Open Source Program Office. We do lots of other stuff, including representing Aiven at conferences, giving talks, helping Aiveners start their own open source projects, and collaborating with the product team.

If you’d like to get in touch with our Open Source Program Office, we’d love to hear from you! Drop us a line at ospo@aiven.io

If you just want to find out about our service updates, follow our changelog.

Looking for a managed open source data platform? Sign up for a free trial at https://console.aiven.io/signup!