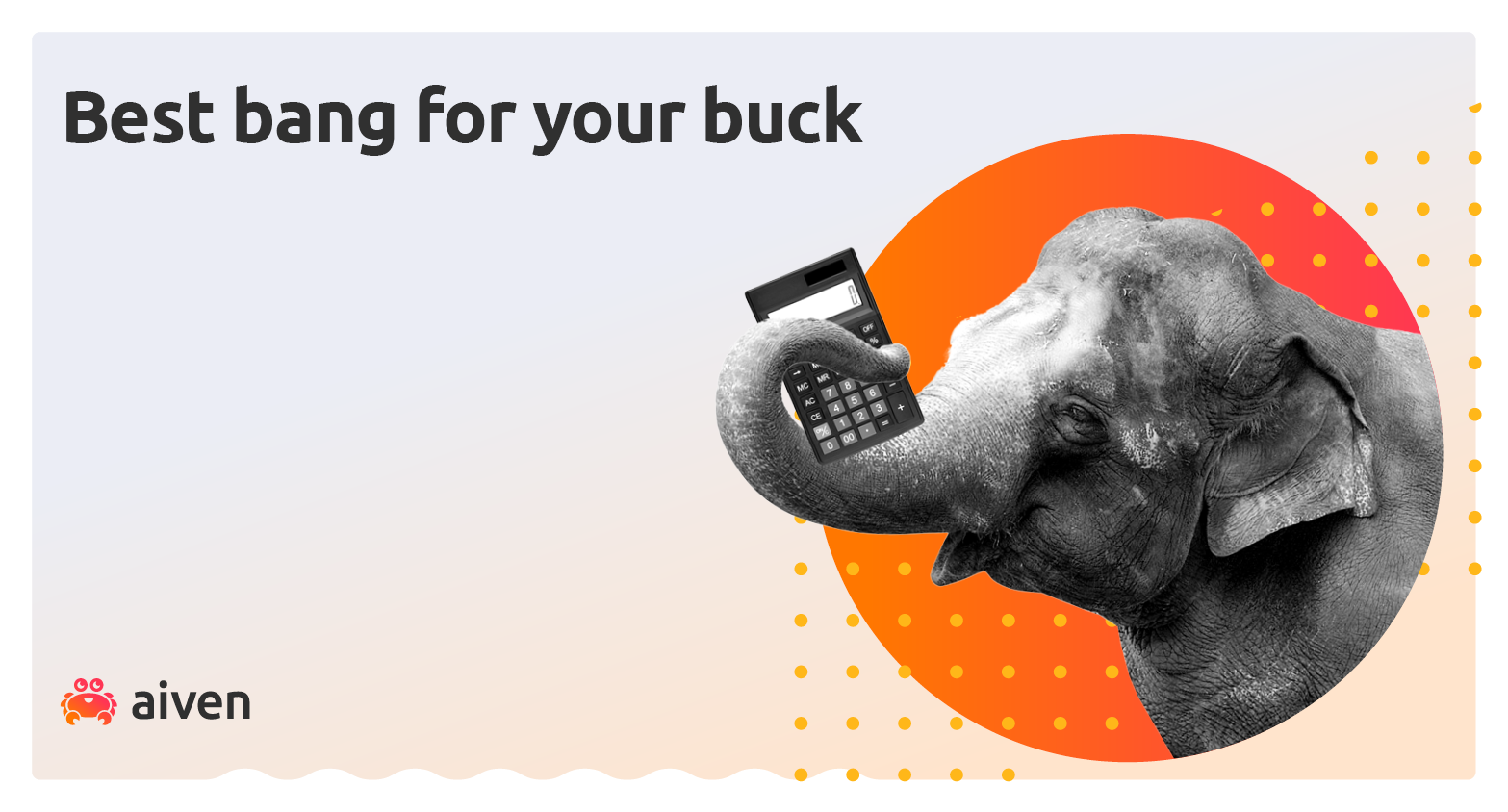 Our four benchmarks measured and compared the performance of PostgreSQL 13.4 running on AWS, GCP and Azure in each of the following four Aiven managed PostgreSQL plan configurations:

To examine performance, we measured the number of database transactions per second while vertically scaling up the nodes. This way the number of nodes remained the same, but the amount of CPUs, RAM and storage on each node increased.

We generated load using pgbench, which we ran on another VM in the same cloud and region. The load generator commands for each plan were as follows:

The variable for the startup plan being tested was the --client switch. The values for the four startup plans were, descriptively enough we hope, 4, 16, 32, and 64.

The load generator instance types used were as follows:

To minimize the effects of variable latency on our benchmark, we used a comparable central Europe region for each provider:

Finally, we concluded the benchmark by calculating the average mTPS/$ per PG plan according to publicly available pricing information. 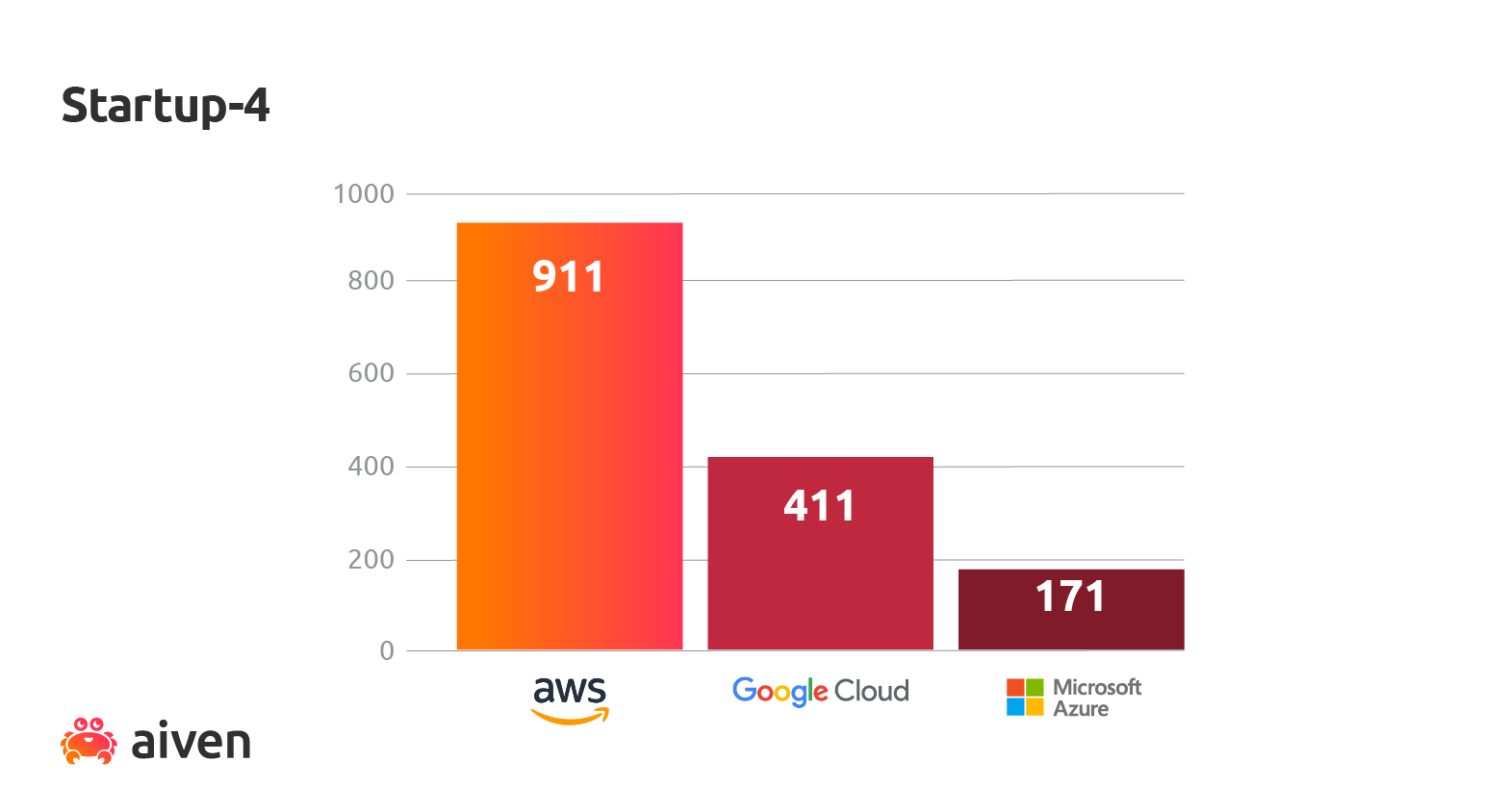 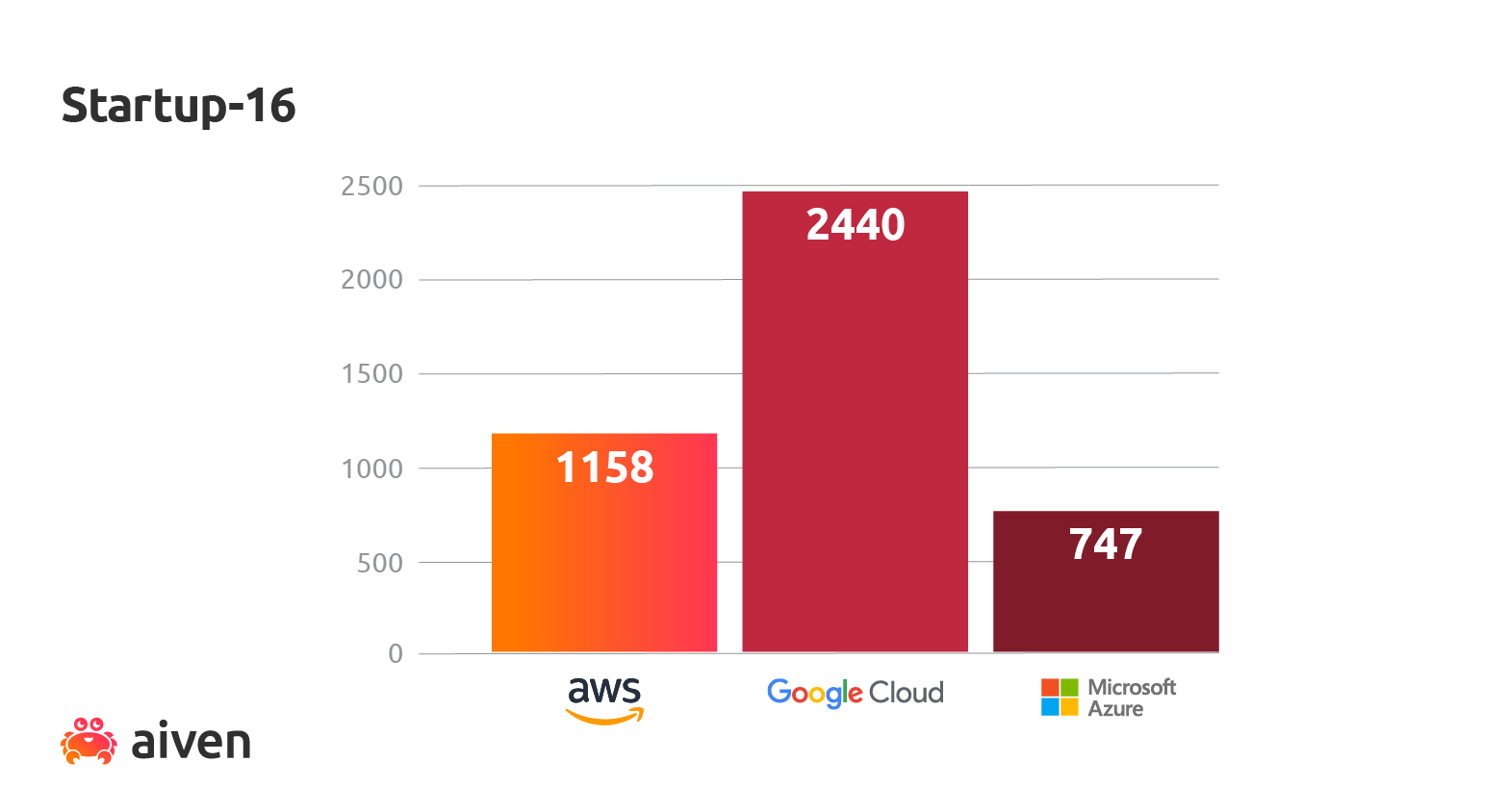 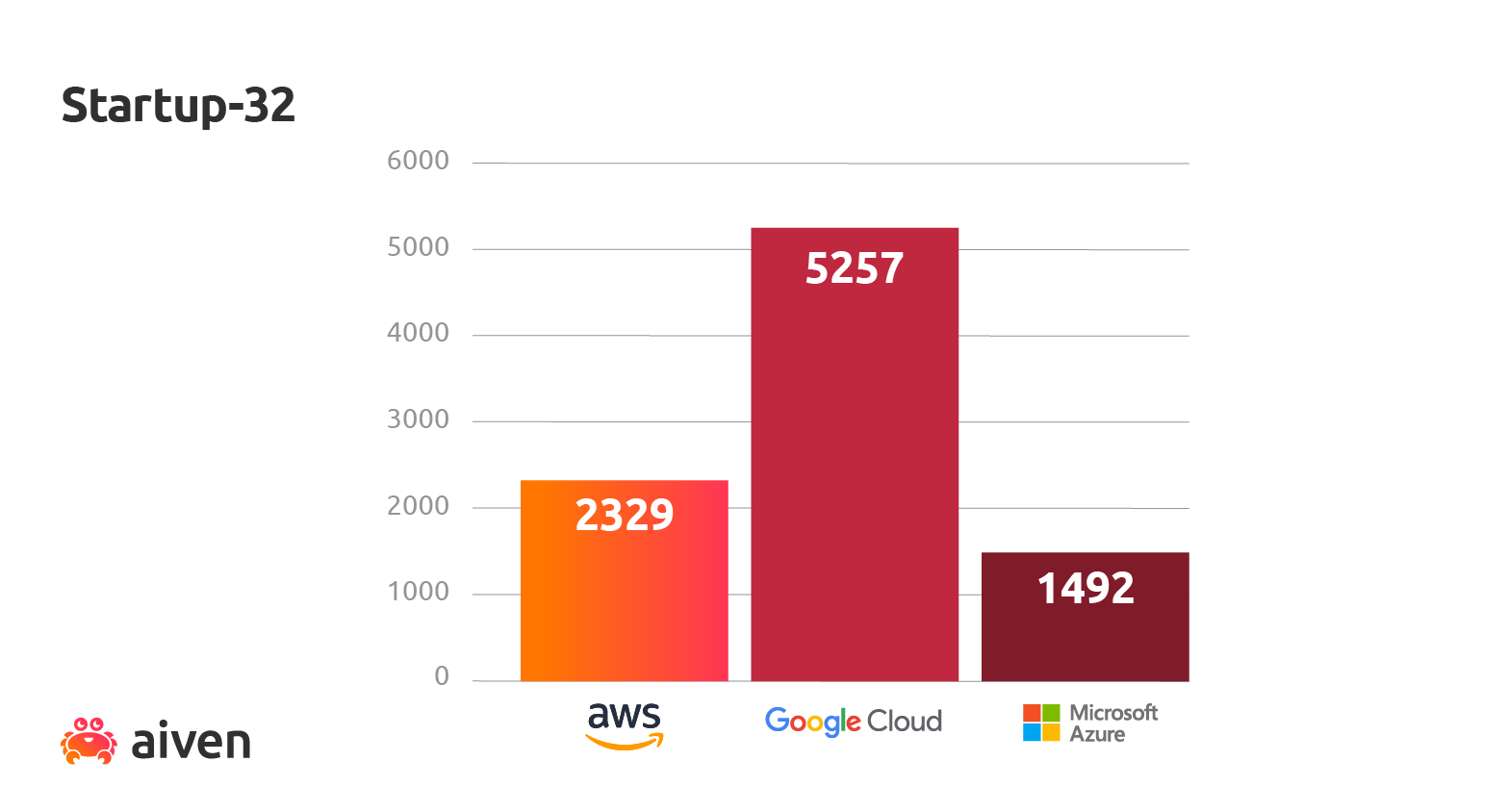 For the startup-64 plan on Azure in germany-westcentral region, we noted abnormally low performance. An identical test on westeurope was more in line with expectations, where the instance type was standard_l8s_v2 with fewer CPU cores, but higher RAM. 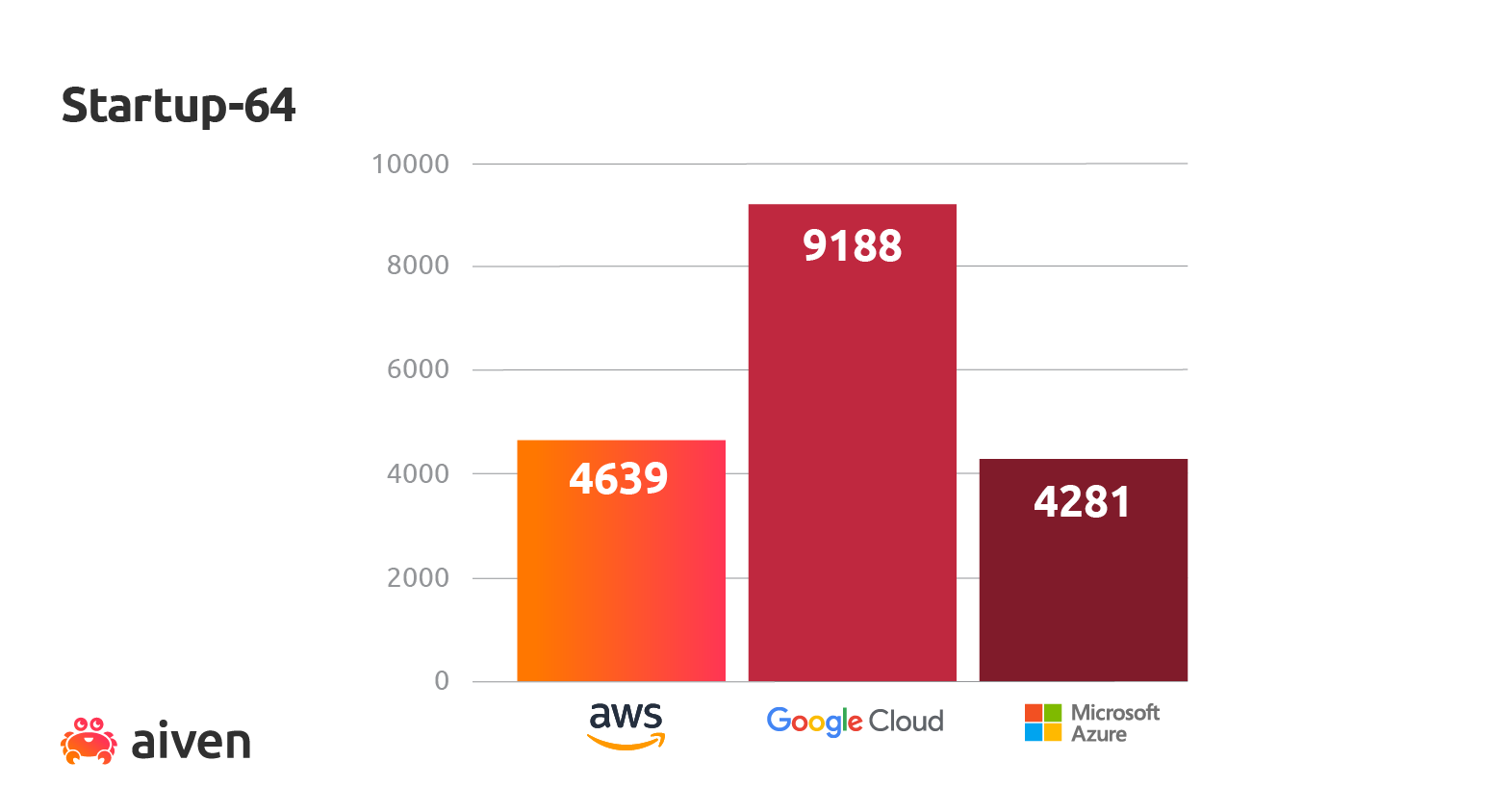 Performance value was calculated as an average of millions of transactions per second per dollar or (mTPS/$) for each cloud provider.

We found that, overall, the performance/cost difference between cloud providers quite substantially favored Google. As before, Startup-4 plans were an exception: 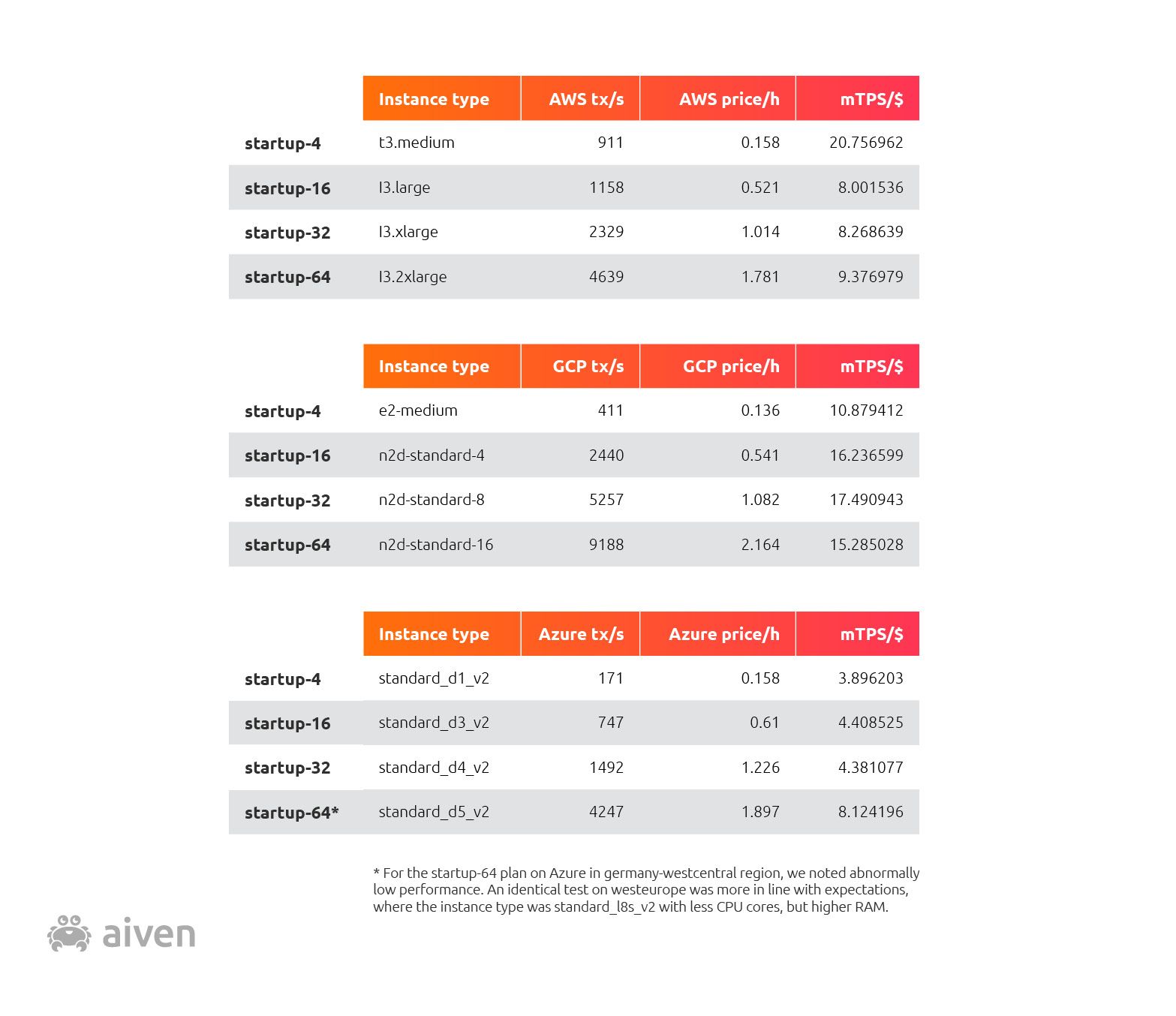 Many factors affect PostgreSQL performance, including latency differences between the regions, but didn’t differentiate for in this benchmark. There is also another factor to consider, which is variably-sized workloads. In this benchmark, the basic idea was to generate a significant load on tested services by using a large number of parallel client connections.

We also recommend you to run your own benchmarks, and we will soon publish our Terraform benchmarking scripts that allow easily repeating similar performance tests.

We’ll be publishing more benchmarks like these soon, so stay tuned!

Your next step could be to check out Aiven for PostgreSQL.