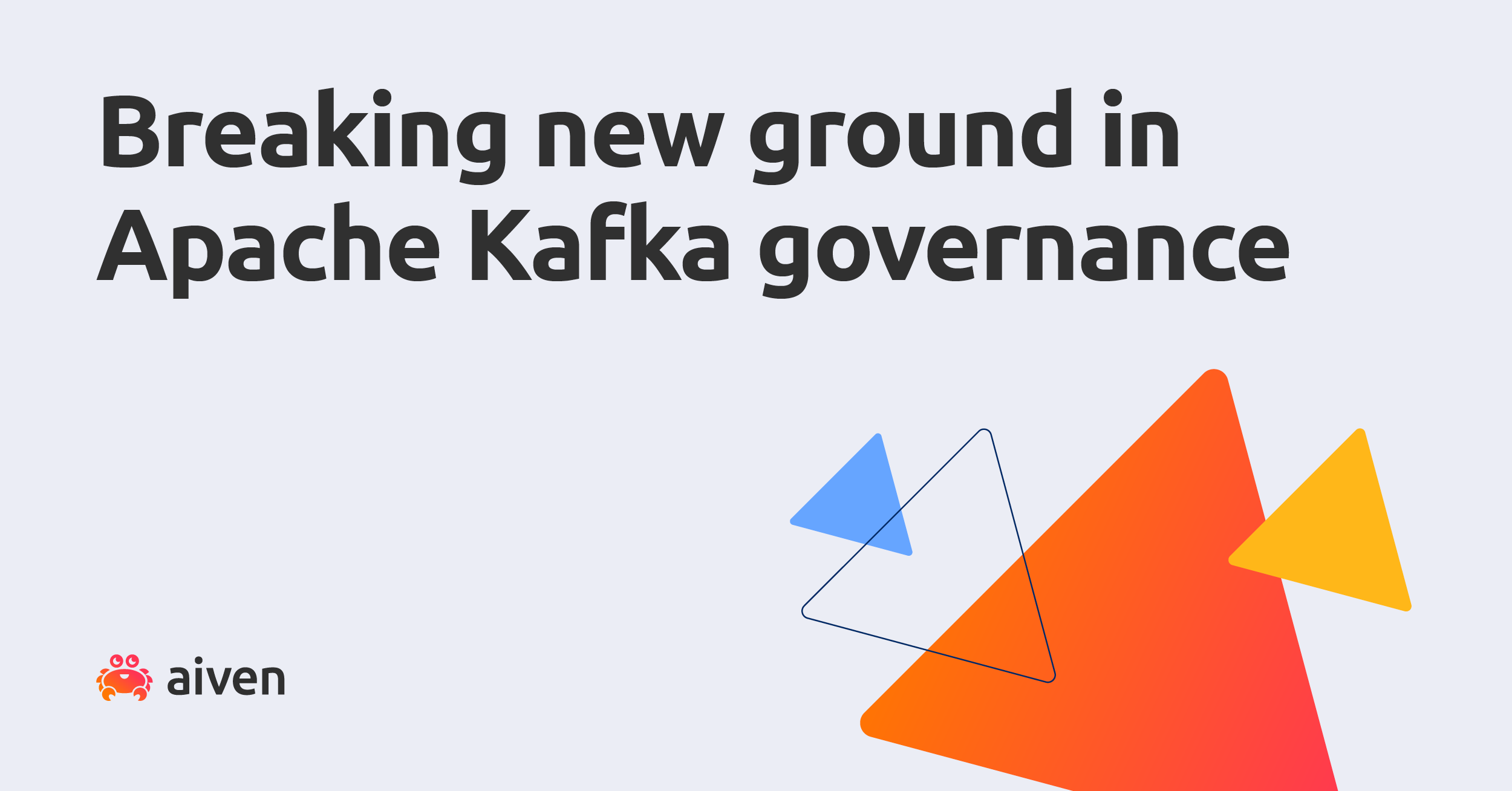 It hasn’t been long since the initial release of Klaw on 29 September 2022, but even in this short time we’ve worked to enhance the Apache Kafka data governance experience.

In the initial release, we aimed at keeping the technology consistent and resilient across the new environment instead of risking breaking things. Our conservative approach paid off as nothing, in fact, broke, and we achieved our priority objectives: name change and integration with different versions of Apache Kafka.

The next item on the agenda was to make sure that your data remains safe. That’s why the next release was all about security. We want to ensure that Apache Kafka governance is safe and authenticated everywhere. At Aiven, we’re proud to say your data is safe at rest and in motion, and we wanted to apply this high standard to Klaw as well.

You can now configure Klaw to connect to multiple clusters with different SSL certificates. This way, you can govern larger Apache Kafka systems (with Apache Kafka, Schema Registry/Karapace, Kafka Connect, etc.) with just one instance of Klaw. This hugely simplifies your Kafka governance, removing the need for multiple Klaw instances per component and ensuring a smoother developer and DevOps experience.

The Browse topics screen has a completely new look and feel after we switched to React for UI. This gives a much more user-friendly and intuitive interface for managing your Kafka topics.

Azure AD based Authentication and Authorization: Your organization can now leverage an existing Azure AD infrastructure to manage access to Klaw. You can also retrieve role and team information from Azure AD tokens.
Advanced topic configuration on Topic requests, allowing you to configure different topic options like compacted topic, apply retention, compression, and so on in the same request.
You can now create service accounts using new Aiven ACL requests (Aiven specific change)

What to expect in the next three months

We are only getting started with Klaw and we are excited about future additions to the framework! Over the next few months, our development efforts will evolve around upgrading the framework, adding to Klaw’s React UI, and introducing a lot of new features.

The two minor releases wouldn’t have been possible without the help of our contributors. We’d like to thank each and every one of them:

Klaw has come a long way in the months since its acquisition by Aiven, and we’ve already enhanced it with significant improvements. Keep an eye out for the next release!

In the meantime, here are some resources to browse:

If you just want to find out about our service updates, follow our changelog.